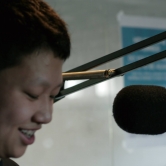 CJSF Radio Kids Camp 2017: now open for registration!
Posted on: Tue, 2017-06-20 17:27
By: cjsfpr
Registrations for CJSF's Radio Kids Camp are now open. This August, CJSF 90.1 FM’s Radio Kids Camp enters its ninth year of introducing children to the wonderful world of radio!  CJSF 90.1 FM is a community radio station on the SFU Burnaby campus that aims to make space for all voices on the airwaves, including young people in our community. At the Radio Kids Camp, participants aged 8 to 12 will...
Read more 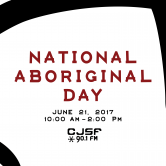 National Aboriginal Day 2017 on CJSF
Posted on: Fri, 2017-06-16 21:52
By: cjsfpr
Today is National Aboriginal Day! Tune into CJSF from 10am to 2pm on Jun. 21 for our National Aboriginal Day programming, and stay tuned throughout next week for a special Speak Up! (Mondays, Tuesdays, Thursdays and Fridays at 10am) series running until Jul. 1 (Canada Day), which will celebrate Canada's diverse Indigenous communities and discussing critical perspectives on the 150th anniversary...
Read more 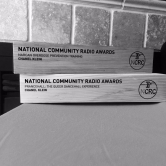 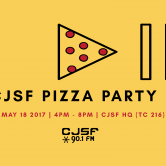 CJSF Pizza Party II
Posted on: Wed, 2017-05-17 22:11
By: Public Relations Coordinator
Join us for our second Pizza and Volunteering Party/Meetup of the year (AKA Pizza Party II) at the CJSF studios (TC-216 on Burnaby campus) on May 18 from 4-8pm! There will be workshops, skill-sharing sessions, and a bunch of volunteer activities to take part in, capped off with a live in-studio music performance on the Arts Show at 7:30pm. Try some new things and a great chance to meet other...
Read more 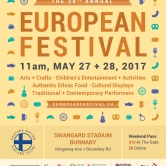 20th Annual European Festival
Posted on: Wed, 2017-05-17 22:04
By: Public Relations Coordinator
This May 27 and 28, come to the 20th Annual European Festival at Burnaby's Swangard Stadium. Featuring the signature food, crafts and performing arts of 28 countries across Europe, this family-friendly event has something for everyone! Visit europeanfestival.ca or @EuroFestBC on Twitter and Facebook for event updates and vendor and performance listings. Early bird tickets available at ticket....
Read more 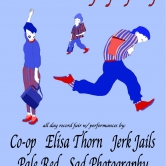 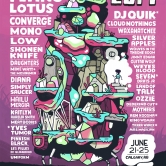 Sled Island, now in its tenth year, is a world-renowned music and arts festival that takes place in Calgary every June. Sled Island features over 250 bands, comedians, filmmakers and artists across 35 venues, and has played host in previous years to such notable guests as...
Read more 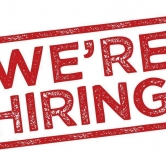 Summer 2017 Jobs at CJSF
Posted on: Tue, 2017-04-18 16:16
By: Public Relations Coordinator
We're looking for a few good people to work at CJSF this summer - two to be exact! We're hiring a full-time Community Outreach and Promotions Coordinator and a full-time Program Assistant. 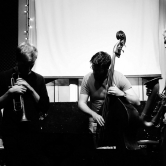 Reynolds Good Millerd Fapojuwo wins Julian Award of Excellence
Posted on: Mon, 2017-01-23 11:10
By: CJSF Station Manager
CJSF 90.1 FM and The Jazz Spectrum are pleased to announce the winners of the 2017 Julian Award of Excellence for Emerging Canadian Jazz Artists. This year's winner and the recipient of $500 first prize is Reynolds Good Millerd Fapojuwo for their original album From Day to Day. Second place and $250 goes to Andrew McAnsh for his album "Illustrations". Congratulations to both our winners and all...
Read more