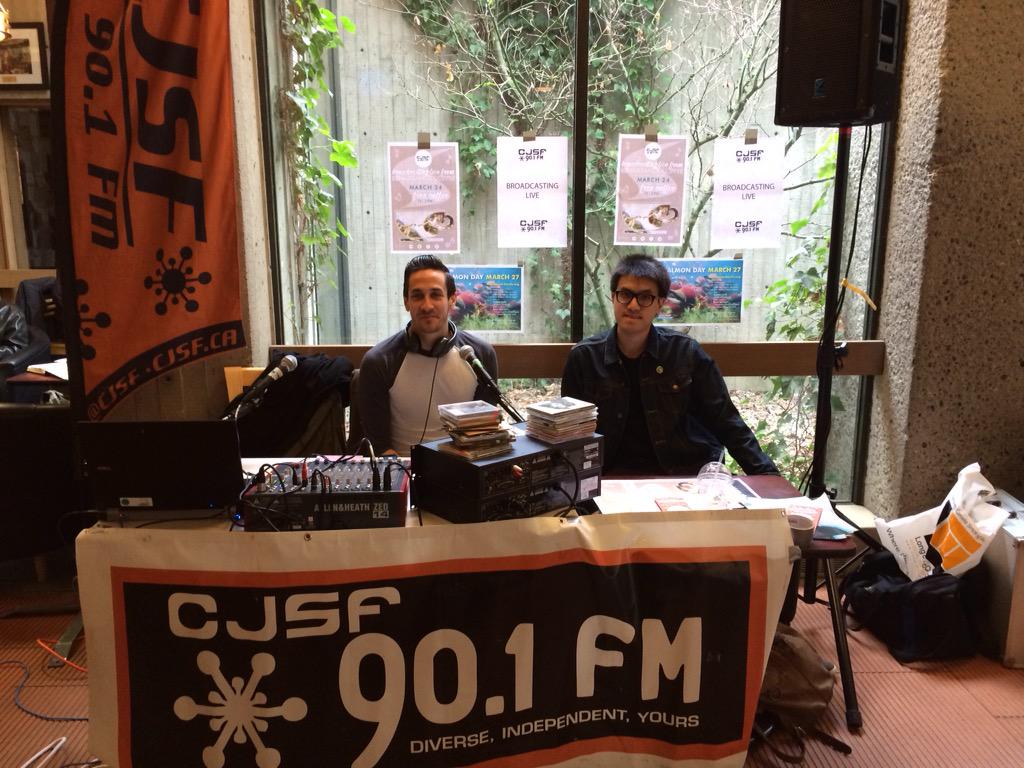 CJSF broadcasts from the Burnaby mountain campus of Simon Fraser University at 90.1 FM to most of Greater Vancouver, from Langley to Point Grey and from the North Shore to the US Border, through MP3 streaming and through a speaker located just outside the station. CJSF is on 7 days a week between the hours of 8AM-2AM.

As a campus/community station, CJSF strives to provide points of view that are rarely expressed in mainstream media. This includes music that isn't top 40 and news that isn't on the big media outlets. As a non-commercial station, CJSF takes pride in being an alternative to mainstream media and offers the public a forum for expressing points of view that otherwise may not be heard. All programming is produced within the regulations of the Broadcasting Act and Radio Regulations as supervised and regulated by the Canadian Radio-Television and Telecommunications Commission, or CRTC.

The station is run by a small paid staff, several volunteer department coordinators and over 150 general volunteers drawn from the campus of Simon Fraser University and community at large. CJSF welcomes new volunteers, especially those who are interested in non-commercial media, to participate in the station as a programmer, department assistant, interviewer, reviewer or a member of one of our spoken word collectives.

CJSF has a variety of programs supporting the involvement of students and members of the community in other ways: the station accepts press releases, public service announcements, event announcements and news stories for on- 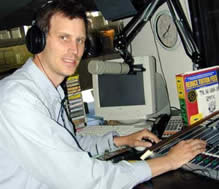 air broadcast. Send them by email, campus mail, by hand, regular mail or fax to the Programming Department.

There is also a request line to talk to programmers and request music. They'll put your request on provided it fit the format of the show and they can find it. Check the program guide for show times and call the request line at (778) 782-CJSF (2573).

To get involved, drop by for our orientation session. We're located at: TC 216, Simon Fraser University, Burnaby, BC. Once on the campus, just look up above the Traffic and Security Information Centre to find the station.

6am - Wandering Rhythms - Strange New World Music
8am - Zucchini Brothers - For Kids and Families
8:30am - Tell Us A Tale - Children's Show
9am - Spare the Rock, Spoil the Child - Indie Music for Indie Kids
10am - Anaerda TV - TV & web series reviews...