Join CJSF 90.1 FM on Thursday February 13 from 5am – 5 pm for a World Radio Day special broadcast.

Some of the topics we will cover include the history of Canadian radio, the history of CJSF 90.1 FM, radio in Ethiopia, French broadcasting in Canada, women in radio, the rights media work of Journalists for Human Rights in African post-conflict countries and more much! Tune in and celebrate the power of radio! 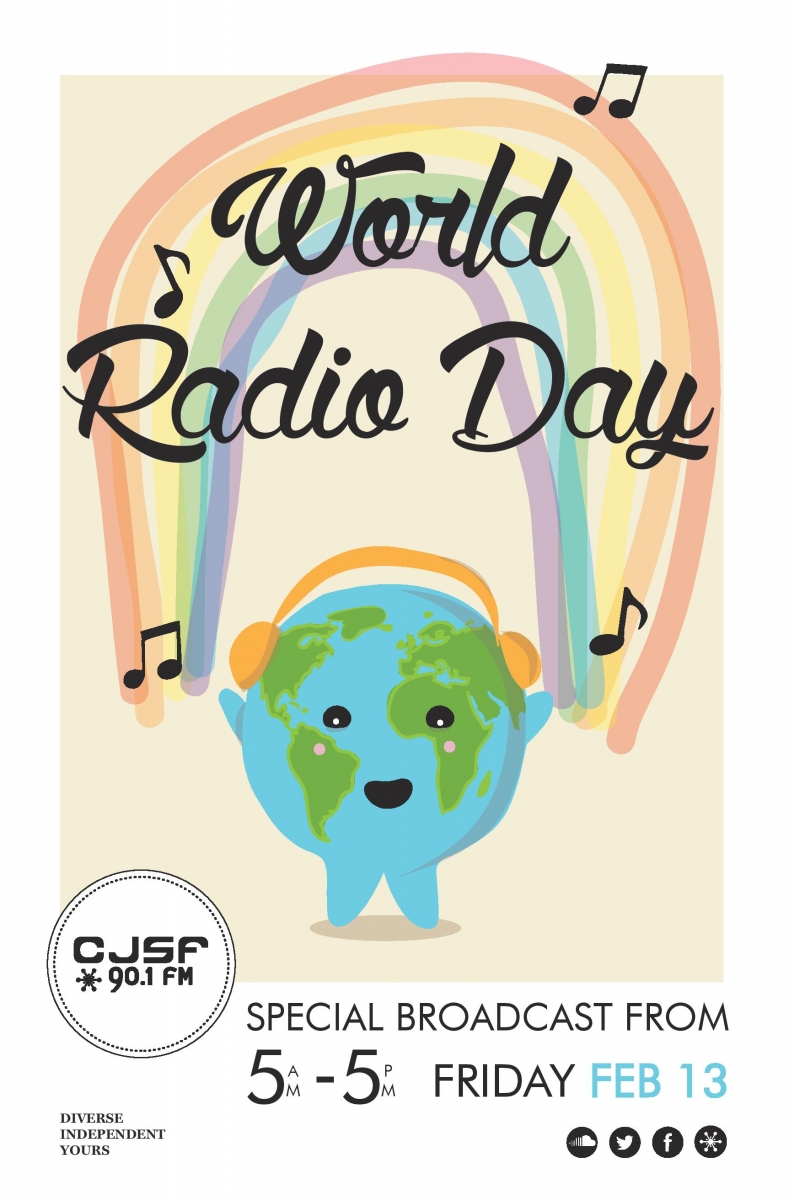 February 13, is the 4th annual World Radio Day. The purpose of World Radio Day is to “raise awareness about the importance of radio, facilitate access to information through radio and enhance networking among broadcasters,” – worldradioday.org.

Radio has an inherent democratic nature that other mass mediums cannot replicate. It cost little to produce and can reach remote and often at risk communities that do not have a developed telecommunication infrastructure capable of supporting the Internet or television. It is a forum for public discussion facilitating dialogue that isn’t presupposed by someone’s socio-economic status or level of education.

Check out soundcloud.com/cjsfradio to listen to the World Radio Day Archives.