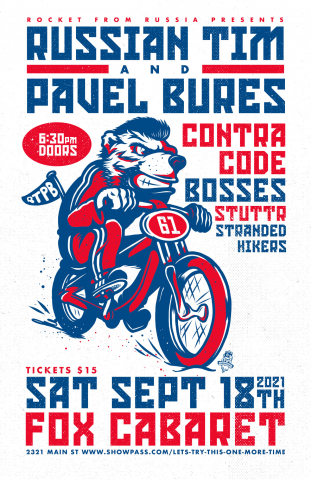 On this episode we have four fantastic guests: Kristy-Lee Audette, Brett Martin, Jay Deachman aka The Reverend and Flashy Ashi.

Kristy-Lee is involved with two bands - Rong and Russian Tim & Pavel Bures and she also plays in the house band for Paul Anthony's Talent Time Show at The Rio Theatre.

Brett Martin is a comedian who has his own YouTube show called The Brett Martin Show.  He'll be performing LIVE once BC covid restrictions are somewhat lifted.

Jay Deachman has been working on a new project called The Reverend & The Rebel.  Their debut single Ride Or Die will be out August 27, 2021.