Sad Girl Songs: A (not so typical) comedy show 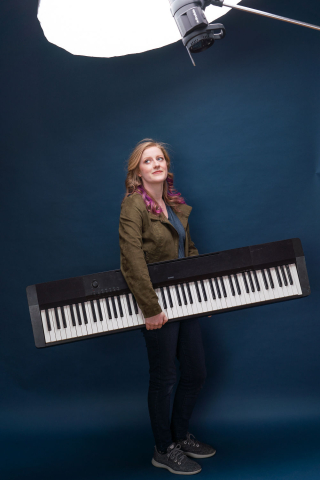 Sad Girl Songs is a one-woman comedy show created, written and performed by American comedian Gwen Coburn. The show is a musical comedy with a feminist message. It blends humor and drama in equal measures and tells a very personal story.

The story told by Gwen Coburn is coherent from the beginning until the end. It is filled with metaphors and other symbols that show how women are treated in life in todays’ world, the entertainment industry, comedy and even in ancient Greek mythology. The show is a perfect combination of comedy and serious topics (such as assault).

As a viewer, you for once get entertained by the comedic bits Gwen presents, but also by her original songs and beautiful singing voice. During the more serious topics, such as mental health, you really are being animated to think about what Gwen has to say.

During the show it was very impressive to see how Gwen interacted and reacted to the audience and the other way around.

I recommend the show to anyone! It is a funny but also thought-provoking show that is definitely not your typical stand-up.