If you’re the type that is the faint of heart and don’t like offensive jokes, you would have either left Comed Shocker’s 6ick 6ick 6ick show ten minutes in. Or, you would have stayed and left the theatre crying. Needless to say, the show was awesome. 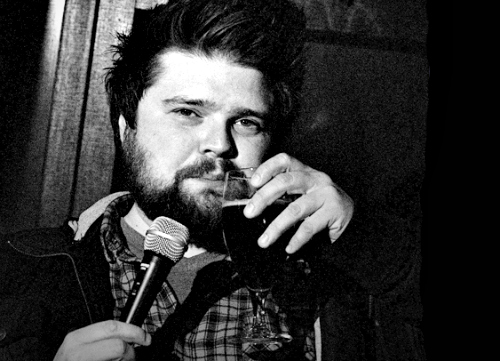 Let’s start with the venue: the Rickshaw Theatre. The theatre has character, with a cool, old school balcony. You are definitely bound to meet some interesting characters commuting to this venue. On my bus ride to the venue an alternative gentleman got on the bus and sat beside me and said “welcome to Hell’s Gate” which I thought was hilarious as I was on my way to a comedy show called 6ick 6ick 6ick. My girlfriend also met a lovely persistent young lady that managed to buy my girlfriend’s five-dollar bill for just two loonies and a toonie. If I ever need to hire a sales staff I know where I’ll be recruiting.

The comedians were rude, crude, dirty and downright nasty. This show exploded with some of Vancouver best local talent.

The host, Jason Kryska, is one guy you can’t miss. He started doing comedy in 2013 but his confidence and presence gives the feeling that he’s been at it for years and years. This man may be huge, but the laughs were even bigger, especially the jokes about his deaf dog. Even his deaf dog would have been able to here the laughter as he hosted the show throughout the night.

The show featured seven local comedians that are tearing up the Vancouver comedy scene: Mark Hughes, San Aung, Carl Turnbull, James Kennedy, Ryan Lachance, Chris Gaskin and headliner Simon King.  Each and everyone one of these guys hit the audience hard with powerful sets that would make even the devil him self tear up with laughter. If you have a chance to see any of these guys live I would highly recommend it

It was Simon King’s last big show in Vancouver for now as he is moving to the U.K. to further pursue his career. He went for over 30 minutes with harsh jokes and rants that were repulsive, yet wicked smart. This man is a force to be reckoned with when he hits the stage and I’m sure he has a lot more in store for the comedy world in the future.

What I loved about the Comedy Shocker is that you knew that you were in for a night of debauchery and distasteful humor. Not one of the comedians held back even a little. If you like revolting humor keep your eyes peeled for Vancouver’s next comedy shocker. You can keep a look out for the next show at https://twitter.com/comedyshocker.