THE YEAR DOLLY PARTON WAS MY MOM 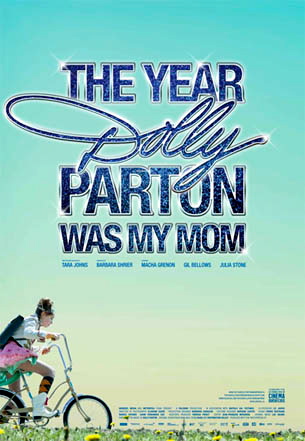 There's something sweet to be said on the charm of indie cinema and its intimate, often offbeat depictions of family life like the one in The Year Dolly Parton Was My Mom.

At its core, the film explores the relationship between a young girl and her mother - or, more specifically, the mother she has and the mother she wishes for. Set in 1970s Manitoba, writer-director Tara Johns (The Secret Language of Girls) digs into the cultural movements of the era, Dolly Parton's iconic melodies and very own country trill serving as sonic backdrop for this coming-of-age tale.

Young Julia Stone, brilliant in her first feature film at only 12 years old, is unwavering in her emotion-driven yet subtle performance. Macha Grenon gives a strong depiction of a suffering housewife struggling through the trials of motherhood. The films crowning element however, may be the simple score by Luc Sicard and cinematography of Claudine Sauve.

Sicard, along with Johns, produced the soundtrack for the movie featuring some of Canada's greatest female talent including Nelly Furtado, Martha Wainwright, The Wailin Jennys, and Genevieve Toupin. Even young Stone partakes in some country crooning.

Overall another great film to add to the diverse repertoire that is Canuck cinema. A job well done.